Kelly Claus had a successful career in operations roles at nonprofits when she decided to leave her job and travel full-time. After a few years trying to make a living as a web designer, she stumbled across Notion and subsequently Bubble. Now she’s a full-time Bubble developer and designer, and digital nomad. 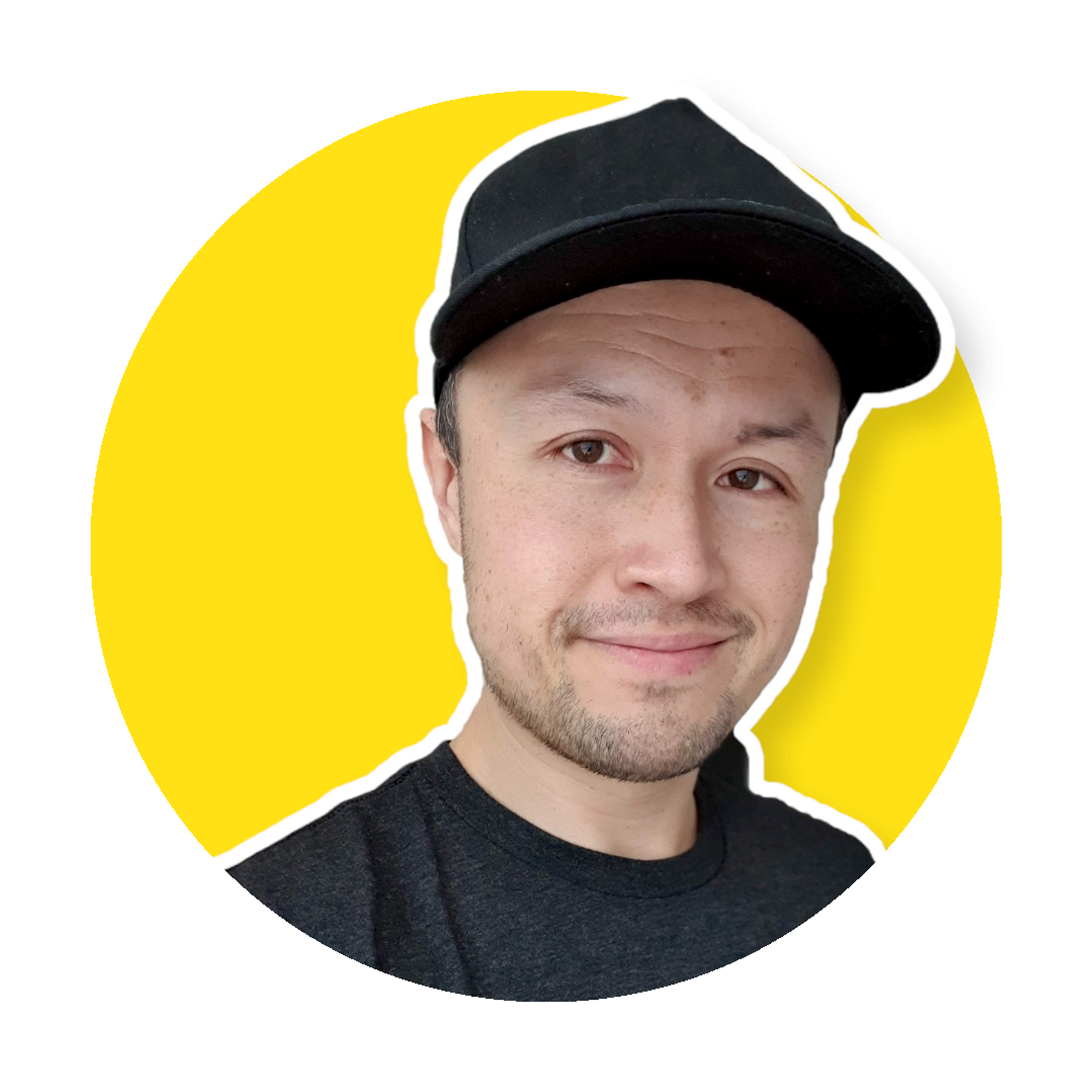 I'm Kelly! Full-time Bubble developer & designer. I came to Bubble from a career in branding and web design.
These days I'm on the team at Swapstack, a marketplace built on Bubble, and I'm launching Rote, a tool for grant writers (also built on Bubble).
I'm from the U.S. but I've been traveling for a long time, so sort of "based" nowhere. Writing from this from Zagreb, Croatia.

Describe your career journey prior to discovering no-code

I have one of those weird, circuitous career journeys that makes no sense but also makes a whole lot of sense. I studied music in college, but instead of becoming a famous opera singer (haha), I went straight into a desk job after grad school, running the education programs for an opera company. This was my first exposure to CRMs and organizational stuff, and where I first started thinking about design.
At that same time, I was teaching music courses and voice lessons at a university near Nashville, where I lived, and occasionally performing in local productions.
After a few years, I moved to New York City, where I officially gave up singing and found new purpose at a tiny arts nonprofit that served teenagers. My goal was to take an organization that did really impactful work, and implement the infrastructure that would allow it to grow.
I started out as a volunteer, building their first CRM, and over the following decade, served as program manager and then operations director. In that time I created tons of systems, wrote grants, schmoozed with donors, trained a bunch of interns, produced over 20 original Off-Broadway musicals, and learned the basics of Wordpress, Salesforce, and graphic design. It was a big job, and I learned a ton.
In 2016, I left that job to travel full time. Even though I had tons of experience in systems, I didn't realize that was something I could do remotely, so I focused on web design and started scrounging for freelance clients. I took a ton of little online courses on branding, responsive web design, and Wordpress, and eventually Webflow.
While I never felt like this was really my "thing" I was able to eek out a living and keep traveling.

How did you discover no-code?

I didn't know anything about building software or product design, but I knew it was my future. A couple weeks later, emailed all my clients and told them I was quitting design and becoming a Bubble developer.

Over Christmas 2020, I discovered Notion. I had really been missing systems work, so I dove into it with a hilarious amount of gusto - organizing my personal notes and freelance records, and just playing around with it in a bunch of ways. I barely left my apartment that whole week.
For a number of years, I had had an idea for a system to organize grant proposal language, and I built out a little prototype in Notion and pitched it to a bunch of grant writers that I found on LinkedIn. They liked the idea, but Notion was just too easy to mess up, and didn't allow for a multi-tenant setup without revealing user data. I kept playing around with it, eventually moving things to Coda, which was much more powerful, but had the same issues.
This was right around the 2020 US Presidential election, so I was glued to Twitter following all that madness. I started following some Notion and Coda folks, and that was how I discovered the no-code community.
Of course I quickly got wind of Bubble as the OG, Big Deal, Be-All/End-All tool, but I just kept hearing how hard it was, so I ignored it for a few months. But on a whim one weekend, I signed up for an account, and within about 10 minutes, I realized I'd found a tool that could handle all of the problems I'd been struggling to solve in Notion and Coda. I also realized that this one tool allowed me to use all these skills I'd collected throughout my career.
I didn't know anything about building software or product design, but I knew it was my future. A couple weeks later, emailed all my clients and told them I was quitting design and becoming a Bubble developer.

Describe how no-code has changed your career trajectory

The opportunities I've had since I found Bubble are head-spinning. I work with the coolest people and I'm building the coolest stuff, and I don't have to freak out about money anymore.

As a designer, I had no formal training, no community, very little confidence or understanding of how my skills measured up... My clients were mostly nonprofits, which limited what I could charge (among other challenges), and because I was traveling, networking was really difficult. I always struggled.
When I found Bubble, all of that changed, almost overnight. I wasn't immediately making money, but I did immediately have community, and an awareness that my skills were really valuable in this space.
The opportunities I've had since I found Bubble are head-spinning. I work with the coolest people and I'm building the coolest stuff, and I don't have to freak out about money anymore. It's been amazing. And given how young the no-code space is, it really does feel like I'm just at the beginning of a seriously cool career I could never have imagined.

What were the biggest challenges to learning no-code and making the career change?

I'm constantly reminding myself that no one knows everything. The product is evolving, and we're all learning as we go.

In the beginning, working in tech was extremely intimidating. I really struggled to show up to these spaces without giving a disclaimer that I'm a big ol' noob. I still feel that occasionally, but I do understand now that most people in this world - while usually very smart and talented - are just making it up as they go along.
The biggest challenge for me at this point is owning the limits of my current skillset. I can hold my own with core Bubble stuff, but I'm not the girl you call when you want some crazy API set up. I do want to learn all of those things - and I know I will eventually - but for the time being, I've had to get comfortable saying I'm probably not the right person for XYZ project.
The problem is that no-code doesn't have really defined "roles" in the way traditional software development does. You're sort of expected to be able to do it all.
So I'm constantly reminding myself that no one knows everything. The product is evolving, and we're all learning as we go.

What were your biggest lessons learned?

The single biggest life nugget I've taken from this whole experience is to make space to get lost in things you're excited about, even if you can't see how they'll contribute to your immediate goals.
When I found Notion a couple years ago, I was headed in a completely different direction that I now know did not suit me at all. I remember thinking that spending hours playing around in Notion was irresponsible because it was distracting me from these very practical goals I had set for myself.
But following that instinct is the only reason I have the career I have now.

What’s your plan for the next 5 years?

Things have moved so fast over the past year, I can't imagine what I'll be doing six months from now, much less five years. I expect I'll still be building and designing in some way.
I love talking, so maybe a little more of that. I honestly have no idea, and for the first time, I'm totally fine with it.

What advice would you give to others hoping to change careers the way you did?

First of all, don't expect it to be easy or to happen overnight. No-code is deceptive in how easy it is to get started, but like any "knowledge" profession, you need to work hard and learn with gusto.
Second, join communities, and make friends who can help you learn (and who you can help in return). This is invaluable.
And third, do an inventory of the skills you already have. Look around the space and see which of those skills could fill the gaps people are talking about. For me it was design, but for you it might be strategy or project management or knowledge of a particular industry.
Figure out what makes you uniquely valuable, and then exploit the hell out of it.
—
Follow Kelly on Twitter

Join 935 people getting regular inspiration and ideas on how to change their career with no-code.